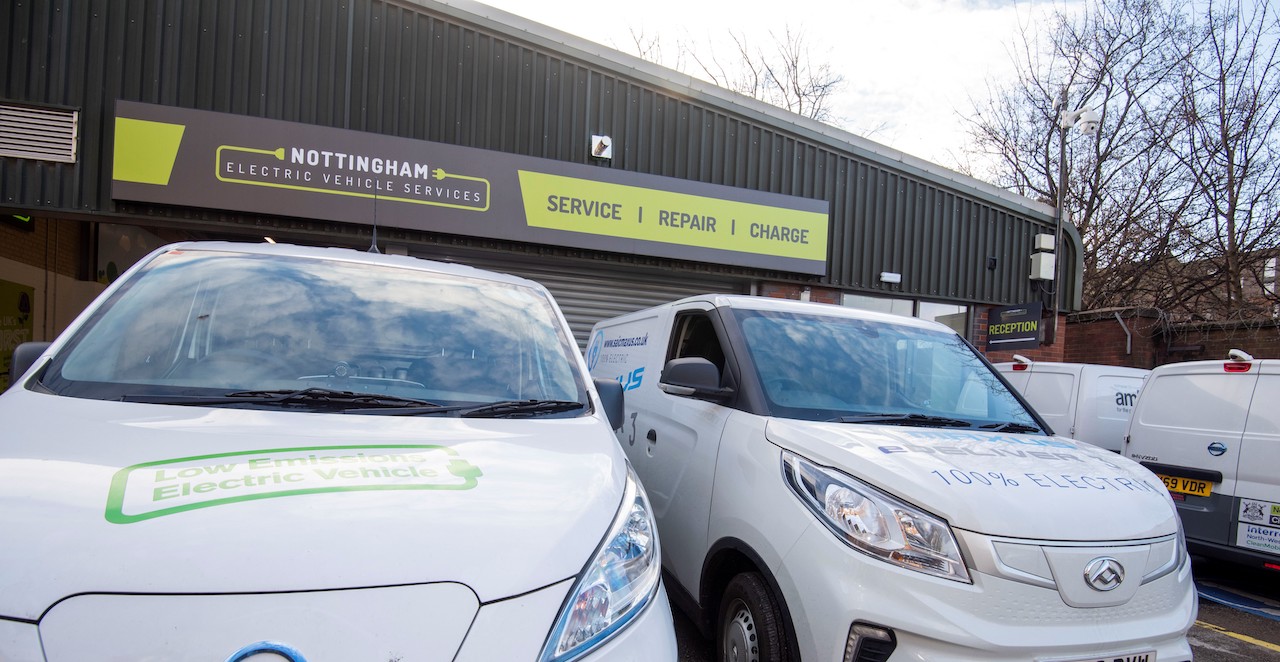 Guest blog: The electric highway is paved with… vans

With the recent UK Government announcement that we will no longer be able to buy new petrol or diesel cars or vans from 2030, the need to accelerate the shift to electric vehicles is more pressing than ever. Electric Vehicle Association (EVA) England exists to support the mass adoption of electric vehicles – a significant component of which will be vans.

The van and the pollution problem

There is a huge opportunity for fleets of vans to make the switch to electric. According to data from Highways England, van use has increased more than any other vehicle class over the long term. The vast majority are diesel-fuelled, contributing heavily to NO2 pollution. Indeed, evidence points to the fact that vans are disproportionately polluting – whilst vans account for only 16% of road traffic in the UK, they are responsible for 33% of NOx emissions (equating to 98,000 tonnes in 2016). Zero emission alternatives are available and viable for many fleet operations.

Against this alarming backdrop, Highways England is taking positive action to encourage fleets to transition to zero tailpipe emission modes of transport. Highways England is responsible for the Strategic Road Network and is seeking solutions to improve air quality for people using and living near small sections of some motorways and A roads.

‘Try before you buy’ with Highways England

Highways England undertook research with the Energy Saving Trust that confirmed that offering a ‘try before you buy’ scheme could be a great way to encourage fleets to make the switch to electric. Partnering with several local authorities, Highways England’s capital contribution makes it possible for the authority to buy electric van demonstrator vehicles that can be offered to fleets to try for up to two months.  The local authority partners contribute ‘revenue’ to operate, promote and provide expert support to help participants get the best out of the vehicles and to understand the total cost of ownership savings that can be made. The aim is to achieve 250–500 new electric vans in each location.

The Leeds ‘try before you buy’ scheme launched in January 2020, and following a successful trial, businesses are already looking to switch to all-electric vans. Highways England is now working with partners in Nottingham, Coventry and Kent, who have all who launched their schemes, and Sheffield is developing its scheme. Highways England has contracted for another ‘try before you buy’ electric van scheme in Bristol. The aim is to make a significant impact on both improving local air quality and reducing carbon emissions through practical demonstration and accelerated fleet uptake of electric vans.

These schemes are a brilliant way to engage a whole section of the driving community that may not have considered switching to electric before now. It’s a great opportunity for companies operating fleets of vans to discover the benefits of making the transition to electric vans, not only in terms of improvements to local air quality, but also through the great driving experience that electric vans offer.

Businesses in Leeds, Nottingham and Coventry can register interest following the links below.

Highways England is a government-owned company charged with operating, maintaining and improving England’s motorways and major A-roads. They help customers safer, smoother and more reliable journeys. More information about Highways England and their work can be found by visiting their website.