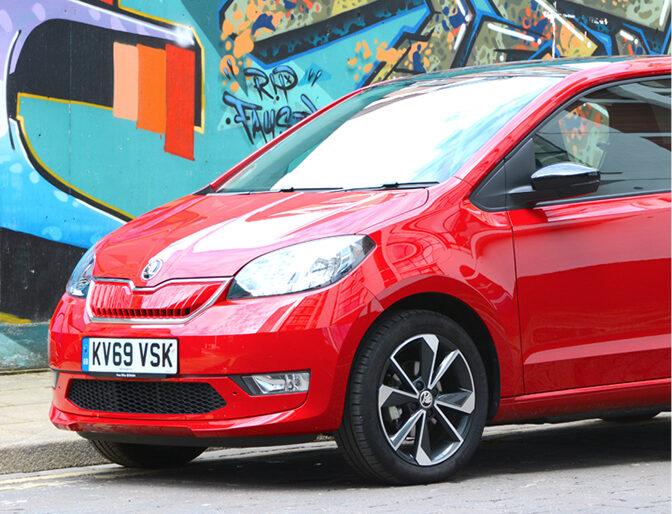 Late last year I conducted a study learning the motivations of EV drivers in the UK and why they decided to ditch their petrol or diesel car to go electric.

Supported by a coalition including New AutoMotive, EVA England and Octopus Energy I spoke to over 40 EV drivers of different ages and professional backgrounds from all over the UK.

My research showed that people buy and run EVs for a combination of rational and emotional reasons – the environment and clean air, cost savings on fuel and servicing, technology benefits, performance, comfort, as well as lifestyle reasons.

There is a common perception that EV drivers are a homogenous group. In the media, EV drivers are still often characterised as first adopters who have spent a fortune on an EV so that they can virtue signal their ‘green’ credentials.

While many EV drivers are undoubtedly attracted to EVs for environmental reasons – something that came out in my research – a much more complicated picture emerges.

Today’s EV drivers come from a range of different backgrounds and ages. From the ease of gear-free driving to the pleasure of a noise-free, electric journey, their motivations for buying an EV extend beyond saving the planet.

Many EV drivers I spoke to are people in their fifties and sixties. They are often retirees who felt that the EV price point was now reasonable. The driving experience was a deciding factor in them choosing an EV.

Driving an EV meant that they didn’t need to make constant gear changes. Several retirees stated that the EV driving experience was much less stressful on the body and mind than a normal car.

Several older drivers attested to the fact that driving an EV long distances was a pleasure rather than the chore it had been in their old combustion-engine vehicle particularly without the din of a loud engine.

As one EV driver in their early sixties put it:

“There is something unique about the Tesla. It is the most pleasing item I have ever possessed… The Tesla is the first car I have owned where I want to drive it”.

One retired couple I interviewed was planning on driving their EV on holiday to southern Spain post-pandemic as the EV driving experience made this length of journey possible by car. This ambitious approach was backed up by another couple who planned to drive for a holiday to Greece in their EV when possible.

Another EV driving grandmother said that her new Peugeot e-208 was much better for her arthritis than her old car. Nearly every EV driver I spoke to mentioned the smoothness of the drive and quietness of the vehicle.

Several EV drivers in their fifties and sixties I spoke to were motivated to buying EVs as they loved the technology within the vehicles such as Tesla’s infotainment system or the fact that they could heat their car in winter remotely using an app. My research showed that a fascination in tech is not confined to teenagers and their latest smartphones.

Several drivers I interviewed were mid-career professionals, who drove EVs as it meant they could commute into central London without using public transport and without paying a fortune in congestion charging or parking. One interviewee was a self-confessed ‘eco’ Rabbi who bought an EV as it was a convenient and sustainable way for him to visit those in his community. Another EV driver in her seventies mentioned that she could drive from her home in Torquay to London and back for less than £20’s worth of charge.

Another EV driver was a 17-year old student who decided that it wasn’t worth buying a petrol or diesel car when they were clearly on their way out in a few years. Driving an EV – a Renault Zoe – meant that he didn’t have to pay an expensive fuel bill every month, which made a difference to him as a student.

The first adopters are still there but the base of EV owners is much wider than is commonly portrayed by media – the growth of this wide base will only accelerate further.

Portraying EVs as a bank-busting luxury no longer reflects the reality of the market. Many of the EV drivers I interviewed had brokered fantastic deals to land their EV.

Some had even bought second- or even third hand EVs at a fraction of their original cost.

But it gets better. While EVs are generally more expensive than an equivalent petrol or diesel vehicle if you pay upfront in cash, most people in the UK buy a new car through a leasehold type of finance agreement called a PCP.

Several EV drivers in the study had bought their electric vehicles on a PCP agreement meaning that they were able to buy an EV that was an equivalent size and model to their existing car at roughly the same PCP monthly cost as their existing deal.

These drivers were quick to mention though that their new EV not just delivered a better driving performance but presented them with major savings on their previous fuel costs – sometimes as much as a couple of hundred pounds per month. Servicing costs were also much less for an EV than a regular combustion-engine vehicle – on average £60 per year compared to £300 for a normal petrol or diesel vehicle.

One EV driver I spoke to had negotiated to buy a second-hand Nissan LEAF on a PCP agreement for £120 per month – an incredible deal when you consider that his electric charging costs were no more than £20 per month.

It is a myth that EVs are always more expensive than petrol or diesel cars when you look at all the different EV purchasing options.

One of the most impressive learnings from the study was that buying an EV had made many people think more carefully about where they source their energy and how to live ‘sustainably’.

This sustainable ‘mindset’ was seen in several ways.

Some drivers went further. Deciding that they wanted to charge their EV with their own energy, several drivers kitted out the roofs of their homes with solar panels enabling them to charge their cars for free at times.

Several drivers pointed out that they had made money by selling surplus energy in their EV back to the grid. They were eager to do this not just from a money-saving perspective but because they hated the thought of wasting energy.

A few drivers stated that they had also successfully lobbied the companies they work for to think about EVs and to install the right charging infrastructure at their place of work. Some had convinced colleagues to ‘go electric’.This wholistic approach to a low carbon future seemed to be endemic among the interviewees.

EV drivers are a resourceful bunch. Though every one of the EV drivers I spoke to had the option of charging their EV from home many used the existing public infrastructure as often it was free or very low cost.

For example, one enterprising EV driver I spoke to charged his vehicle for free at public chargers at a service station on the M1 near his home rather than charge on his own driveway. Other drivers plugged in their EVs at their place of work receiving a free charge ready for the journey home.

Some EV drivers plan their shopping trips around the availability of chargers and whether the respective shopping centre, supermarket or theme park has chargers. EV charging infrastructure could become a competitive advantage for British retail parks trying to get back on their feet later this year.

One driver only bought their EV because the Scottish city close to where they lived at the time had such an extensive city-centre charging network. At one point, they lived in an apartment so had been forced to use public charging infrastructure to charge their EV as there simply wasn’t a home-charging option. EV drivers often find a solution to what others see as barriers. It’s great to see provincial cities such as my home city of Nottingham prioritise the rollout of robust civic EV charging infrastructure.

EV drivers generally acknowledge that there should be more chargers out there. Some mentioned that occasionally chargers don’t work. This has been an issue during the various lockdowns of the past year as they haven’t been repaired as quickly as in the past.

In a further indication of their resourcefulness, many EV drivers have overcome this problem by hooking up with other EV drivers through online networks to offer them free-charges at their driveways when they need to increase their range at short notice.

Ever since the first EVs came onto British roads, much of the media have characterised EV drivers as a different species of driver.

Somehow if you drove electric there was something not quite right with you – you were either a ‘tree-hugger’ or just daft. The original cast of Top Gear accentuated this to the full revelling in their love of petrol and frequently dismissing the future role of electric mobility. It contributed to fixed mindsets among many people.

The interviews I conducted showed a different story.

My research showed that people buy and run EVs for a combination of rational and emotional reasons – the environment and clean air, cost savings on fuel and servicing, technology benefits, performance, comfort, and lifestyle reasons.

Far from wanting to stand out, EV drivers aim to fit in.

And they were comfortable with their choice.

They want to be at the forefront of motoring, where we will drive vehicles that perform better, are more reliable, are cheaper to run and which don’t damage the air or environment as profoundly as normal petrol or diesel vehicles.

By the end of this decade, it is worth remembering that EVs and EV driving will become the norm as the phase out of the sale of new combustion engine vehicles kicks in.

While there will be a petrol-legacy as some will hang on to their old petrol or diesel vehicle into the 2030s, there will be many more people driving a cheaper-to-run, better EV alternative. People will realise that an EV can help them eliminate 75% of the cost of refuelling overnight.

As one person put it to me during the study, over a decade or so on from the smartphone rollout, how many people do you see using an old mobile from the mid-noughties?

Michael Zdanowski is a consultant in the low carbon space and alongside an interest in EVs, has advised clients on hydrogen, nuclear, solar, CCUS and other renewable and grid based technology.